As part of the Strategic Partnership Agreement with Danida, BØRNEfonden needs to finalize the baseline for Youth Empowerment in West Africa (YEWA) program. This includes document review and interviews with partners in Bukina Faso, Mali, Benin and Togo. The assignment is first part of two, where the next will focus on development of a monitoring framework and tools, training of staff and test run of the system. Bente Consulting will work in close collaboration with BØRNEfondens regional coordination unit and the head office in Copenhagen. Read more about BØRNEfonden here. December 2017 - January 2018.

Rights for All Women - evaluation in Cameroun 2018

Bente Consulting is contracted by Rights for All Women, a Danish NGO working with women rights defenders in Cameroun, to undertake an evaluation of their longstanding collaboration with Women's Counselling and Information Center in Cameroun (WCIC). The collaboration dates back more than 10 years and will terminate with the end of 2019. The evaluation will provide input to the formulation of a joint phasing-out plan, which among other things focus on organizational sustainability and fundraising capacity. WCIC undertakes advocacy to change of the gender biased civil code; they provide legal counselling and assistance to poor women; and they undertake information activities on women's rights in relation to e.g. Gender Based Violence. Field work in Cameroun will be undertaken in May or June 2018. RAW operates with funds from CISU (Danida). Read more about the project here.

The global civil society platform CIVICUS connects civil society organizations and activists from more than 170 countries worldwide. Sida has supported CIVICUS since 2004 and has commissioned an evaluation, which focus on the organizational capacity of CIVICUS to manage and implement an increasing program portfolio and corresponding budget. The evaluation is carried out through the Sida Framework Agreement with NIRAS Indevelop, and Bente Consulting provides the team leader. The evaluation included visit to the CIVICUS head quarters in South Africa, interviews in India and extensive skype interviews with member organizations, board members and staff in Latin America, North America and Canada, Europe, Asia and Africa. The evaluation took place from October 2017 to January 2018.

Sida was very satisfied with the result of the evaluation: "I must say that despite quite an open and broad assignment, you’ve done an excellent job overall to capture key points. You’ve particularly done a good job with trying to make the recommendations meaningful and possible to follow-up, not merely repeating things already known.........  it is so well-written, structured and dense with very valuable details........." Niklas Hansson, Sida CIVSAM team, 19.01.2018.

The Citizens' Engagement Program (CEP) in Mozambique will undertake social accountability training for staff and partners. Bente Consulting is contracted to design and plan the training which will take place in August 2017. June-August 2017. Read more about CEP here.

Review of Global South Civil Society Support Program in Kenya, Uganda and Somalia. The review included field work in Kenya and Nairobi from 1-18 July. It focussed on lessons learned in relation to the grant facility mechanism and assessment of obtained results in terms of increased capacity with involved civil society organizations.The main feature of the program is the matching between CSOs/CBOs in demand for capacity development and Capacity Development Partners offering training and capacity building. The review took place from June - August 2017 and was carried out by a team of two consultants for which Bente Consluting provided the team leader. The Global South Civil Society Program was a pilot initiative financed by Danida. Read more about the Global South program here.

Review of the Land Fund in Mozambique (iTC - iniciativas para Terras Comunitärias). The review has focussed on the organizational governance systems, as well as the review of program implementation. The review has analyzed the institutional transition processaimed at establishing an independent foundation. It has paid special attention to the Social Preparation methodology, which aims at empowering communities through land delimitation and collective land demarcation. The monitoring system has been analysed with a critical view on documentation of change against strategic objectives. A gender analysis has been undertaken based on document review, interviews and field observations with the aim of assessing the implementation of the Gender & Diversity Strategy. The review included field work in Gaza, Sofala and Nampula Provinces. Draft findings and recommendations were presented to the iTC General Assembly. The review took place in May-June 2017 and involved a team of three consultants of which Bente Consulting provided the team leader. 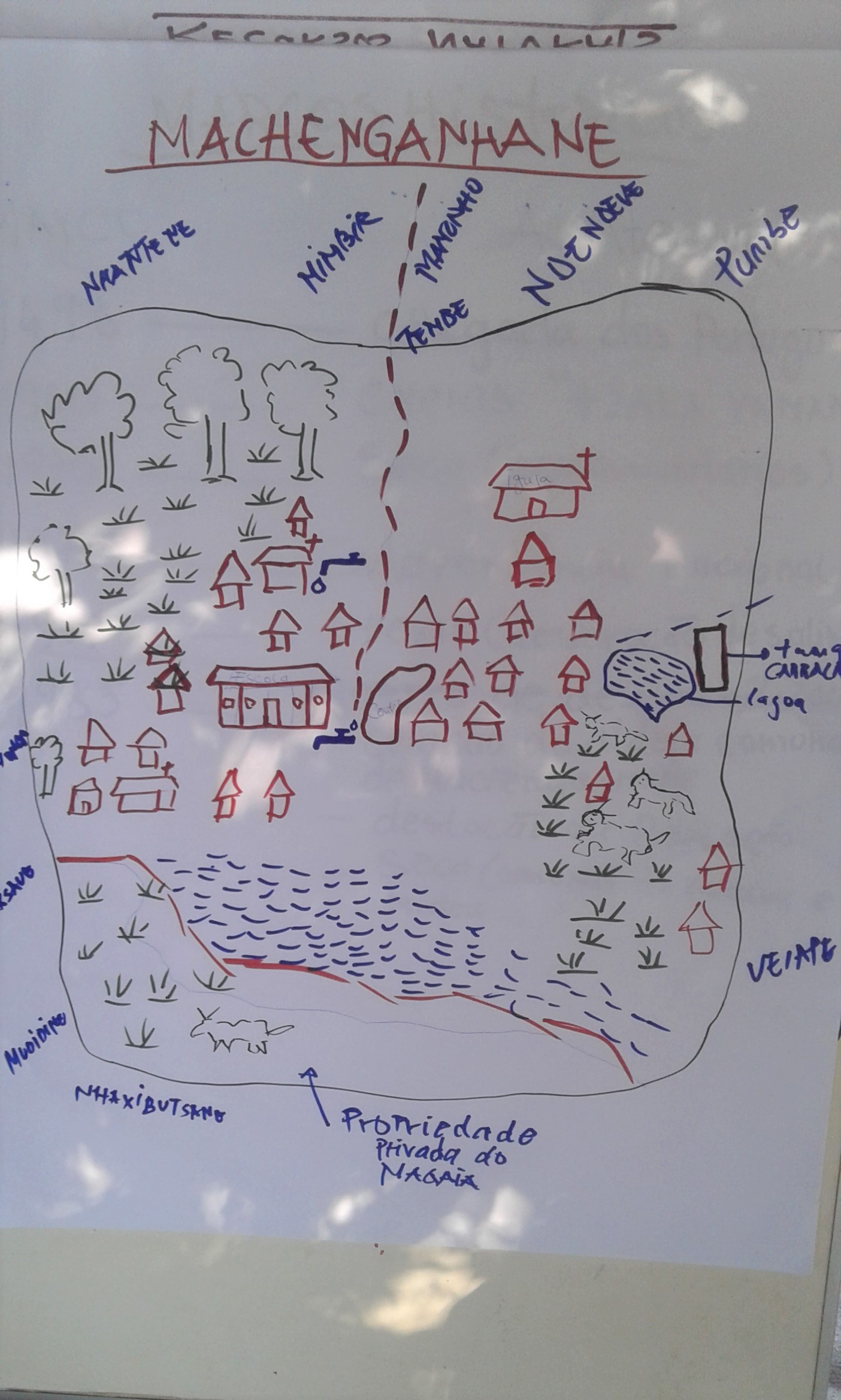 Bente Consulting is contracted to support BØRNEfonden's partner organization ASDAP (Association de Soutienau Développement des Activités du Population) in Mali with advocacy training and preparation of a national level advocacy strategy and plan. The advocacy strategy is part of a three-year project addressing Female Genital Mutilation in Mali. The assignment includes the preparation of a 5-days training workshop to be held in Lomé (Togo) from 20-24 February 2017. Read more about ASDAP here.

The 2016 CSR-initiatives were relatively limited and included:

2016 has been a year characterized by major changes in two of the major business areas of Bente Consulting: support to civil society development through Danish NGOs and the upcoming closing of the Danish Embassy in Mozambique.  This has called for forward looking strategic choices in terms of new geographical areas and new clients. In spite of this, 2016 has been characterized by a mixture of old and new fields of work and the main tasks have concentrated on:

Civil society and organizational capacity development – unfolded through a Thematic Review of the Danish trade union 3F for Danida with field visits to Zambia and South Africa; mid-term-evaluation of Norwegian People Aid’s support to farmers’ organizations in Mozambique, and review of the Danish Association of the Blind’s Asia-Pacific Program with a workshop in the Philippines. And finally, the part-time position as grant assessment consultant for Globalt Fokus’ capacity development fund, has provided insight knowledge on Danish CSOs and innovative initiatives on organizational capacity building. I have, however, decided to leave Globalt Fokus, as the schedule is often incompatible with my other assignments.

Governance and Human Rights – finalizing the formulation of the Danish Governance and Human Rights Program in Tanzania, including the preparation of Development Engagements with seven local CSOs, development programs and institutions. Youth rights were the main focus for the appraisal of BØRNEfonden’s Youth Program in West Africa carried out at a participatory workshop in Lomé with particioants from Benin, Burkina Faso, Mali and Togo.

Program management – represented through two separate, yet interlinked assignments: A Lessons Learned Study for the Environmental Sector Program Support (institutional capacity component) in Mozambique, gathering lessons learned on program management and capacity development of involved government institutions; and the preparation of a perspective document on a possible Phase II of the Municipal Development Program in Mozambique. Both programs are components under the overall Danish engagement in the environmental sector in Mozambique.

Mozambique – going from bad to worse with looming civil war, economic crisis caused by the former government’s clandestine loans, political killings, increased corruption and inflation. In spite of 40+ years of independence and massive development assistance, poverty is still prevailing and little has changed for the small farmers, who are still demanding access to markets, technical know-how and farm input supplies. They have a mobile phone and easier access – but the basics in terms of education, health and social welfare bear a terrible resemblance with the 1992-situation I know so well from Zambézia Province.

At the doorstep of 2017, the first new assignment is a result of expanding into new business areas – francophone West Africa: Preparation of an advocacy training workshop with ASDAP BØRNEfonden’s Mali partner to take place in Lomé (Togo) in February. The ESPS II Lessons Learned Study will be finalized by end of January when comments from the Mozambican ministry of environment (MITADER) are due.